From flat whites to spider bites, read these unusual NZ travel tips by our guest blogger, the Tiki Touring Kiwi.

Everyone loves a good top 10 list, but once you’ve read one, you’ve read them all, right? Think again! We asked Jub (aka the Tiki Touring Kiwi) to come up with 10 unusual New Zealand travel tips. Trust us, these tips will actually help you plan your NZ backpacking trip AND stop you making some common mistakes along the way…

So you’re set to travel through New Zealand to tick off a bunch of your bucket list goals, meet some new friends and simply have the best time of your life. Sounds awesome!

What ultimately makes the trip memorable are the smaller things. The stuff you can’t measure that makes up the culture. Even if you have no clue what’s going on!

Before you enter the country clueless, here are some tips for travelling New Zealand.

We Don’t All Know The Haka

Seemingly everyone is aware of the haka thanks to the All Blacks, our national rugby team. The haka is a traditional Maori war dance with a lot of sacred meaning. So just because it’s part of popular culture, don’t assume we can all do the haka. (Although with enough beers you could probably convince anyone to give it a try!)

If you’d like to learn about Maori culture in New Zealand, you’ll want to head to Waitangi and Rotorua for the most immersive experiences. Or if you want to see a real haka? Head to a local marae (meeting house) and have a chat to people.

Looking For The Silver Fern? They’re Being Slightly Sneaky

Seeing a silver fern in real life isn’t an ‘OMG’ moment, but they’re definitely satisfying to spot after seeing them on New Zealand team jerseys for different sports. However, if you’re just keeping a vague eye open for them about New Zealand you’ll be out of luck. The silver(-white) part of the silver fern is actually on the underside of the fern. If you’re hiking in the North Island, there’s a good chance you’ll be walking past silver ferns.

Don’t Worry, We Leave The Dangerous Animals To Australia

Australia is well known for its dangerous, potentially dangerous snakes and spiders. Given both Australia and New Zealand are islands at ‘the end of the world’ it’d make sense for them to be in New Zealand too. But that’s not the case! Snakes, we don’t do full stop.

Spiders… well, the native katipo does have a venomous bite but that’s a crazy extreme tiny occurrence. 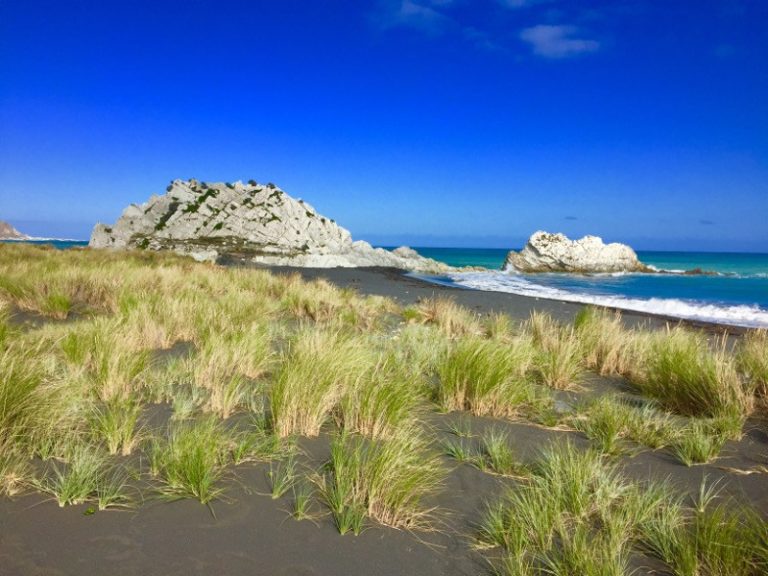 No poisonous animals to see here.

Customs Are Strict On Arrival. Don’t Push The Boundaries.

This is perhaps the most useful of our unusual New Zealand travel tips. Two of the spiders above were introduced from Australia. There have been other wildlife introduced, such as the possum, which is really good at damaging our native forests. With such a precarious biodiversity, we need to be strict about what we let into the country.

If you bring any food, plants, animals, animal products or biological specimens into New Zealand you have got to declare them on your arrival card. Even so, you’ll likely have them confiscated.

Think you’ll be sneaky and say you have nothing? Have fun paying your instant $400 fine.

Be Prepared To Concentrate When We Speak

If you’ve met a Kiwi before, you’ll know our accent is pretty unique (other than being ‘similar’ to Australia’s, apparently). When you find yourself surrounded by a bunch of Kiwis, you may struggle to figure out what’s going on. We talk fast, shorten words, mumble words, assume you know what we mean and let’s not get started with the slang!

In regards to our humour, we have some resemblance to the British humour but the easiest way to describe it is that we don’t take ourselves too seriously. We like to have a laugh about our absurdities, such as our crazy human to sheep ration which is somewhere around 1:10 depending on who you ask.

Aussie vs. NZ Banter Is Healthy

Sheep shagger. That’s a term the Aussies like to give us, they think we’re funny in regards to our sheep situation above.

You’d think New Zealand and Australia would get along like a house on fire. In truth we do, but by crikey the relationship is competitive as hell so be careful how you phrase certain things especially when it comes to ownership. 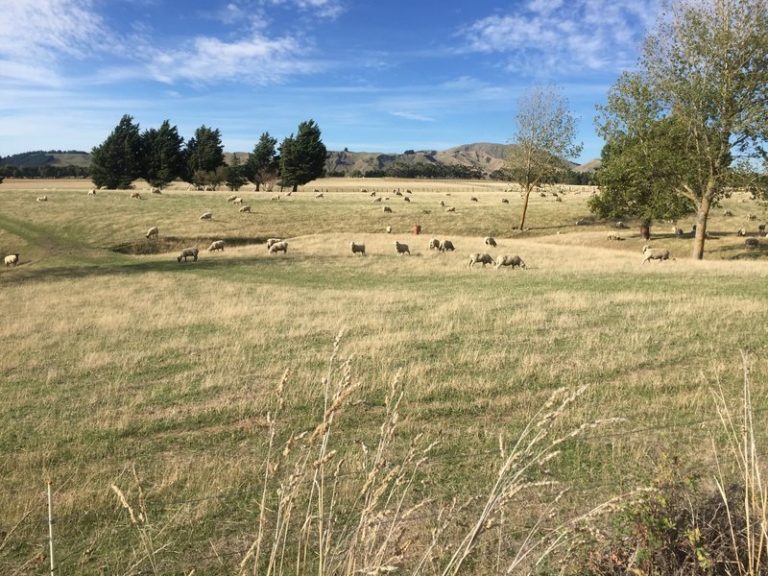 Sheep. Yes, we have a lot of them.

We Make A Wicked Cup Of (expensive) Coffee

If you appreciate a good cup of coffee in the morning, you’re in for a treat in New Zealand. You probably have figured out by now, but New Zealand is expensive and a takeaway coffee is no exception. Expect to pay $3 – $6 NZD for a cup. A few tips before you make a rookie mistake:

It’s Cold In The Shade, Even On A Good Day!

It doesn’t matter how warm and sunny it is in New Zealand, it always pays to bring a jacket with you. At minimum something with sleeves. We could end up in a deep and meaningful about science here but put simply ‘radiant heat’ is the cause. When the sun streams down you, the heat energy is all around you and reflects off buildings. Get into the shade though and the stream offheat is gone and if the buildings around haven’t had any sun for a while, you’ll suddenly feel chilly. Add a slight southerly and you’ll be bitterly cold.

School, College and University. What’s What?

Education systems around the world are awfully confusing. We all end up with roughly the same skills but we use different meanings for school, high school, college and uni.

In New Zealand we pretty much all refer to school, college and university:

No Sunscreen? You Will Be A Lobster

Here in New Zealand we have a hole in our ozone layer. During summer this means the UV levels are 40% higher than the equivalent latitudes in the northern hemisphere (think Spain, Italy, Greece, Utah, Ohio, Illinois).

Basically it doesn’t take long to get burnt in the summer, even if there’s cloud cover. Put sunscreen on consistently. Not convinced? Skin cancer is the fourth most common type of cancer in Kiwis.

Hope you’ve enjoyed these unusual New Zealand travel tips! That pretty much covers everything you’ll need to know to fit in somewhat in New Zealand, but if you need more you can find a staggering 133 tips on my NZ travel guide. Have an awesome trip!

Tiki Touring Kiwi is a blog about Jub and his travels with a focus on hiking, sporting events, health and some random banter jumbled in between. Born in Waikanae, New Zealand, Jub has been roaming the world on and off since 2010 and has so far visited 42 countries.