It’s often said New Zealand bus travel can’t take you to excited places, and isn’t the best way to get between destinations. But this couldn’t be further than the truth. 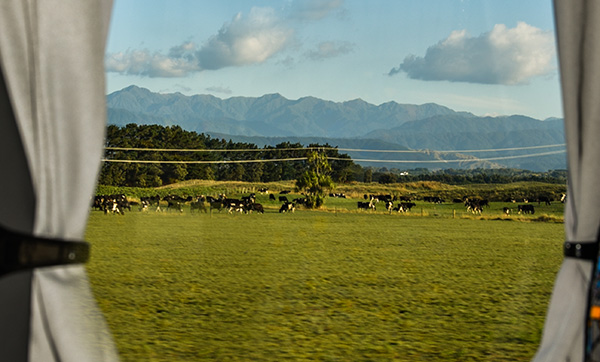 My partner Ciarán and I have travelled around New Zealand by bus and it’s mostly been super easy, but explaining why we chose to travel by bus instead of renting a car has sometimes been a challenge.

We constantly face the same lines from astonished people about how bus travelling can be difficult or boring. But we’re still really excited about New Zealand bus travel and have many times patiently explained the pros of it, so we decided to list here the most common myths about bus travelling and why they are not true.

New Zealand’s largest bus company, InterCity, offers passes that allow you to travel a certain route or a certain amount of hours with a set price – and that price is basically unbeatable. For example, a bus pass that allows for 45 hours of travel can take you around the South Island and it costs $355. I have made some calculations* and renting the cheapest car and taking it around the South Island gets more expensive, even though there were only two people on board.

2. You lose your freedom

Wrong, because travelling by bus gives you the freedom to choose between thousands of different routes in New Zealand run by the large national companies and local shuttle providers. Of course, one argument is driving a car gives you an opportunity to pull over wherever you want, have a break or take photos. While the bus can’t offer an identical experience, what it does actually might be even better. Without any of our own planning, our bus drivers have stopped and allowed time for visiting the Pancake Rocks, a fruit orchard and the Chasm waterfall walk by Milford Sound, to name just a few.

3. You can’t get to any interesting places

Have you heard about the Matapouri Mermaid Pools or #thatwanakatree? Or are you more into history, and want to see the Treaty Grounds at Waitangi or art deco sites in Napier? If you came to New Zealand for the nature, don’t miss Arthur’s Pass, Milford Sound or the national parks. We have travelled to all of these places by bus, so I guess we have genuinely proven wrong the myth about not being able to get to any of the interesting, lesser known corners of the country with the public transportation. 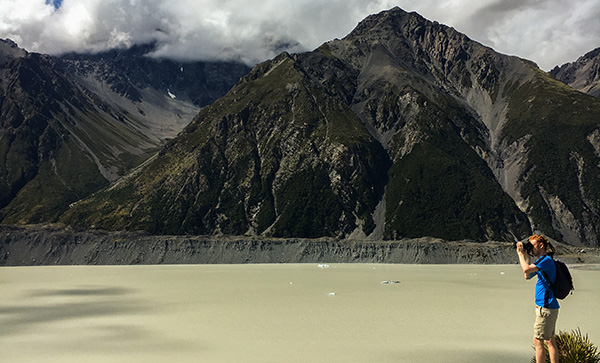 Grabbing a photo at Arthurs Pass.

4. It’s boring to travel on the bus with others

Do you have an idea of cruising around with your favourite playlist on and having great banter with your travel buddies? This is a great idea and works well both on the bus and in the car, whether those people are decades old friends or new BFFs you met 10 minutes earlier. Just don’t forget your headphones!

But seriously, we have seen our New Zealand bus travel as an opportunity to unwind alongside fast-paced travelling. When neither of us has needed to drive, we have had time to watch films, listen to podcasts and music, read, plan our upcoming travels and even worked with the laptop. The fact that we shared the space with other passengers has not affected to us in any way, and it can even be a cool experience, like the time one guy told us his life story and recommended travelling to Dunedin.

*For example, a South Island round trip from Christchurch to Christchurch including Milford Sound is around 2350km and takes about three weeks at a good travel pace. Car rental for this time would cost around NZ$1200 plus NZ$420 for petrol.

Authors: Johanna Malinen and Ciarán Tragheim, a travel duo originally from forestry Finland and buzzing London. They decided to see how life is on the other side of the world, moving work and home to Wellington. During the weekends and holidays, they travelled throughout New Zealand, entirely by bus or other public transport.