Planning your New Zealand travel by bus can be daunting, but here are five top tips for making the most of your journey. 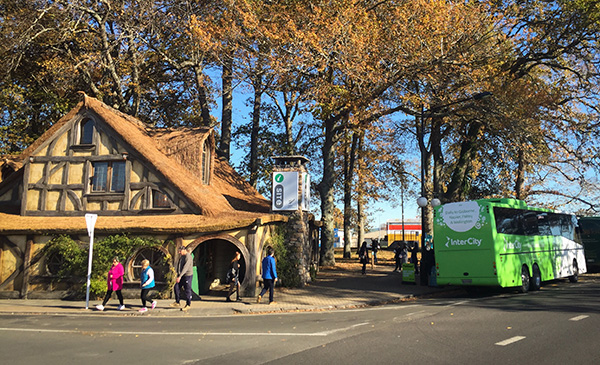 Exploring new countries is exciting, but making travel plans, especially when it comes to New Zealand bus travel, can be daunting. How do you plan for a place that you are about to explore?

Me and my travel partner Ciarán realised that if you want to travel in New Zealand without driving a car, the planning gets even harder. Guide books, travel forums and friends’ tips tend to focus on renting a car or joining organised tours, but finding information about travelling independently by bus in New Zealand is often challenging.

As we wanted to explore New Zealand by public bus without joining an organised tour, we had to do hours of research. To make this easier for everyone else, we compiled a guide to planning New Zealand bus travel – in five easy steps:

Travelling in New Zealand takes time, due to the lengthy and mountainous geography of the country. Since scenery varies from sandy beaches to volcanoes, and skiing centres to hip neighbourhoods, it’s smart to start by choosing your must-see destinations. We decided to travel from the bottom to the top of North Island on one trip, and focus on Queenstown and surrounding areas on another.

Whether you travel in the South Island, North Island or decide to explore the entire country, it is possible to travel by bus. The most popular bus service provider in New Zealand is InterCity. Their route network covers over 600 destinations, taking travellers basically anywhere in the country. InterCity is also popular with local people who prefer to travel without driving a car or taking flights.

2. Choose the ticket type that’s right for you

When you have an idea about your travel route, it is time to think of bus tickets. The cheapest option, if you are going to make several bus journeys, is usually the InterCity FlexiPass. It allows you to travel anywhere in New Zealand for a set price and amount of hours, both selected by you, within a year from the purchase date. FlexiPass has options from 15 to 60 travel hours available, with the cost between 132-450 NZD. InterCity also provides the TravelPass option, which allows you to travel a pre-planned route at your own pace.

Travellers are often warned about deals that are too good to be true, but we can assure you that in this case it’s the real deal! We believe these bus passes are among the best, because the cost is minimal compared to buying single bus tickets or renting a car. For example, we travelled on eight separate trips for the same price that one journey from Aoraki Mt Cook to Queenstown would have cost.

While car drivers have to constantly keep a map to hand, bus travellers need look only once. Bus network maps are one of the most useful tools while you’re making a detailed travel itinerary. You can see the entire bus network at a glance and book accordingly. 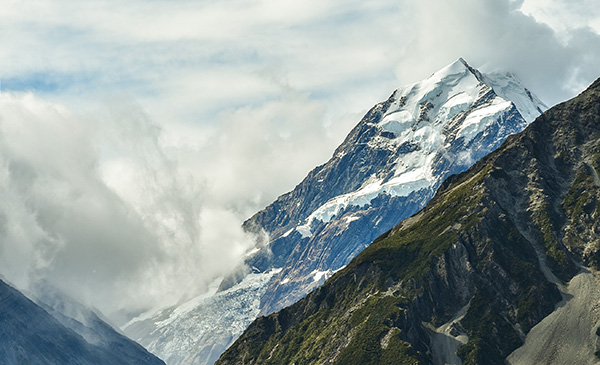 Network maps are also good for finding inspiration about destinations, particularly when it comes to the less famous travel spots. Even though the buses run between cities and town centres, the drivers are usually happy to drop passengers off at requested spots along the route.

Did you find a dream destination that is not accessible with major bus operators? Passengers normally travel with InterCity and other bus companies for long distances between different towns and cities – we ourselves spent out Christmas holidays travelling from the base to the tip of the North Island – so using them to move around locally can sometimes prove tricky.

No worries though, as New Zealand has a wide range of regional shuttle services that can take you nearly anywhere, as well as local council buses. Online search with the keyword ‘shuttle’ and the name of the region usually gets good results (and route maps, our favourites!)

Unsurprisingly, there are lots of people who have discovered the ease of travelling New Zealand by bus. That is why the buses sometimes get full, particularly during the most popular hours and seasons. To avoid disappointment it is smart to book as early as possible. And ticket prices are cheaper the earlier you book.

However, InterCity Flexipass and TravelPass users don’t need to worry about the prices that much, as the passes cover each journey, regardless of their price. At the same time, passes allow cancellation until 24 hours before departure, so you can reserve the seat early and cancel it up to the previous day, if your plans change.

Words by Johanna Malinen, pictures by Ciarán Tragheim.  Johanna and Ciarán spent four months living and travelling in new Zealand without a car, so they discovered plenty of useful tips for planning a New Zealand adventure by bus.