NextYour NZ Travel Checklist
About NZSee and Do

What to expect at an A&P Show

I grew up in a small New Zealand rural community, where farming and forestry were the backbone of the town, the lifeblood of the community. One of my fondest memories as a child was going to the annual A&P Show. For one day it felt like my whole town gathered together, in a spectacular mix of colour, excitement and competition. Farmers would bring their animals and tractors, men would wield their axes and show off their wood chopping skills. There were balloons, face painters and lots of carnival games. It was a place where I could devour hot chips and candyfloss, and run around barefoot bumping into all of my friends. 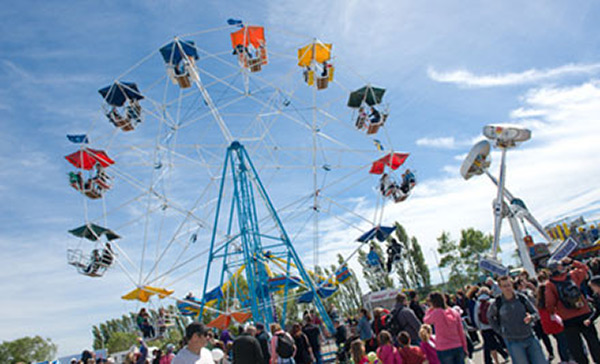 A&P show stands for Agricultural and Pastoral Show. It’s a country exhibition and fair, dedicated to celebrating, encouraging and developing New Zealand’s farming and agricultural excellence. The very first A&P Show was held in the Bay of Islands in 1842, with Auckland following suit in 1843. In the beginning, the shows were mainly competitive with farmers displaying their animals and crops to show excellence and promote good breeding. As the shows grew in popularity, they included other competitions, attractions and family entertainment. There are now over 90 shows around New Zealand every year, and for many towns they’re the biggest event of the year.

The Auckland A&P Show is New Zealand’s largest family show and is now known as the Royal Easter Show. It’s been enjoyed by hundreds of thousands of people for 174 years. In 1953 the Auckland Manufacturers Association joined with the A&P show to become the Easter Show. It’s a great family day out and is beloved for its combination of the traditional A&P show, thrilling circus rides and masses of family entertainment! 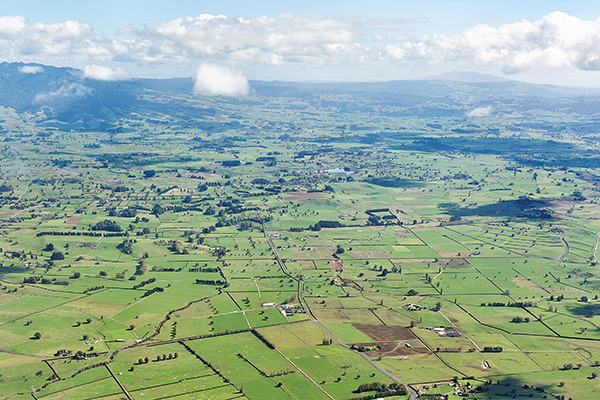 Over half of New Zealand’s land is used for farming

What will I see at an A&P show?

No two shows are the same and that’s what make them so special – they’re unique to each and every town. However, there are a few things that every A&P Show should have. Farm animals, homemade jams and chutneys, wood chopping competitions and plenty of farmers in black gumboots, black stubbies (short shorts) and a swannie!

Some of the popular things you’ll see at an A&P Show are food and wine stalls, farm zones with animal petting, pony rides and flower shows. You can also enjoy tractor rides, product exhibitions, live family entertainment, arts and craft stalls and circus rides. You can try some of our well known Kiwi food too, like whitebait fritters and hangi – take a look at this guide to unique food in New Zealand. 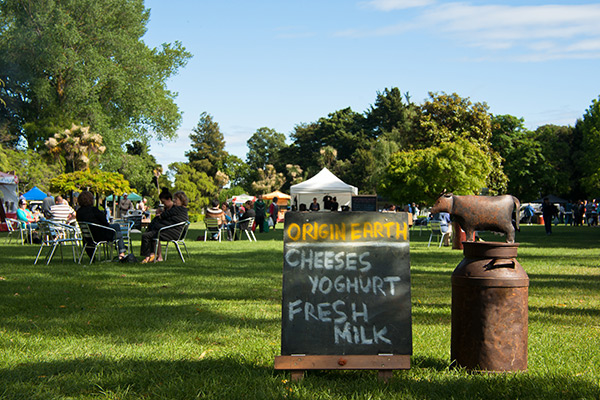 A highlight of the show and a crowd favourite are the displays and competitions. They draw out that all-important competitive spirit amongst the townsfolk and they’re fascinating to watch! There are animal displays and competitions, sheep shearing shows, dog agility demonstrations, line dancing shows and beauty contests just to name a few. My favourite competition (aside from the beauty pageant, as my sister was crowned Miss A&P 2002) is the wood chopping war, where competitors must be the first to cut through a log of wood. It might not sound like much fun, but it’s absolutely thrilling to watch! Some of the strangest competitions out there are potato and pumpkin competitions for the largest and most interesting shape and a sausage sizzle eating competition – only in NZ! Jiggerboard competitor at the Takaka A & P Show

Why should I go to an A&P show?

A&P shows have evolved over the years and offer entertainment for people of all ages and interests, not just farming enthusiasts. For visitors to New Zealand, an A&P show is a great way to see the real, authentic, unvarnished New Zealand. It’s a slice of history, a look back to our farming roots, mixed with all kinds of crazy fun and tempting treats. You’ll enjoy a day out mingling amongst the most Kiwi of Kiwis at a treasured and historic show, centred on celebrating New Zealand’s vital farming industry.

I haven’t been to an A&P show since I moved away from that small town nearly 20 years ago, but I think it’s about time I went back. Perhaps next time the show is in town!

If you’re intrigued and want to experience one of New Zealand’s historic A&P shows, InterCity can help get you there. Travel like a local by bus to the shows – take a look at this list of upcoming shows around NZ and start planning your trip there today!